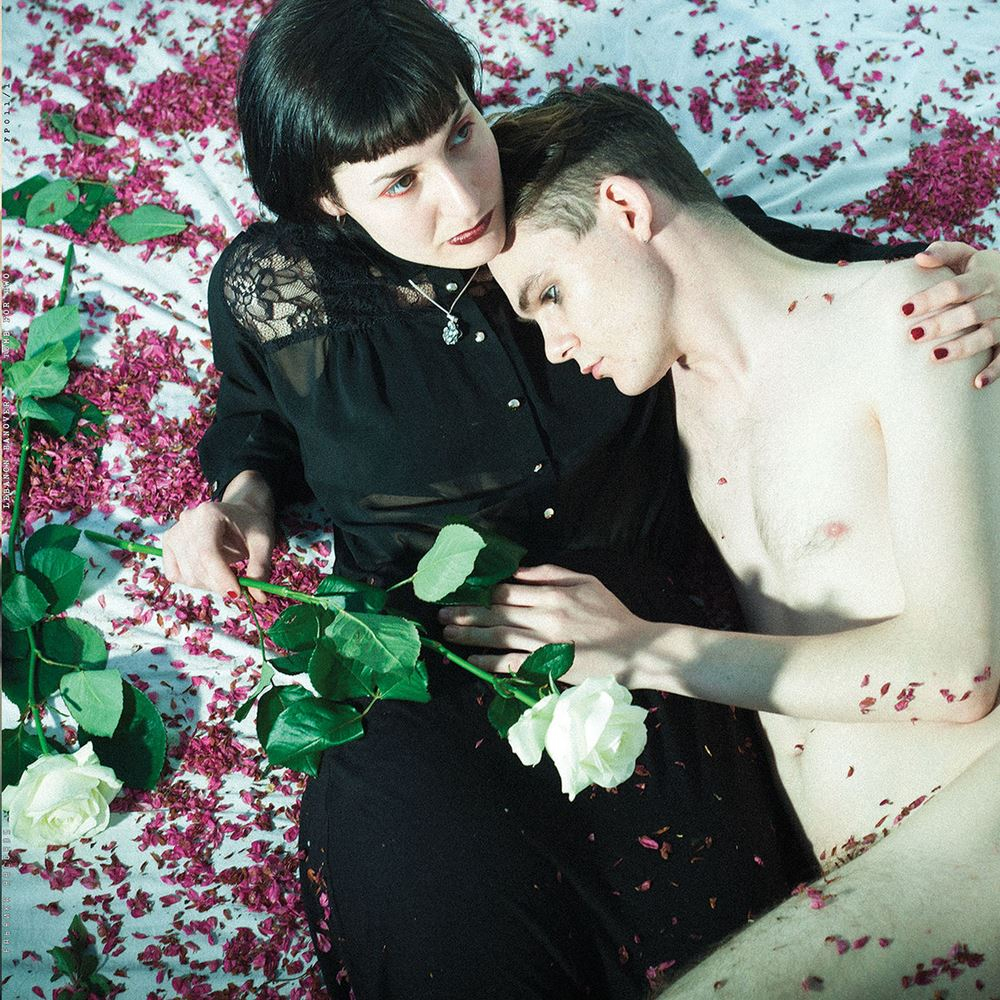 Can't be delivered to the following countries:

Sadness is Rebellion is a powerful anthem that brilliantly opens the album with its quirky ghost-like and windswept synth with Larrisa Iceglass lyrical lamentation set to a jangly bass, and languid guitar solo. This is a pleasantly peculiar and empowering song celebrating the merits of sorrows and grief emotions we all feel, yet are quick to deny. Kindness is rationed so sparsely, and compassion is often denied. But is nostalgia denial? Or is it important as means to know that happiness can return? Regardless, the only path forward to move on from sadness is directly through it, and in this 21st century digital age, that truly is a rebellious act.

Your Fork Moves is a German language philosophical thought experiment set to a darkwave dance groove led by dark bass and medieval organ synths. Here Iceglass ponders the meaning of existence in relation to the movement of utensils as a metaphor for agency, or a willing lack thereof.

Stahlwerk is William Maybelline's gloomy encomium on the industrial landscapes of Berlin during Winter months where the days are short, the skies are grey, and the suns veiled until the return of spring. With it's eerie Steel drum intro, the song perfectly conveys the depressing atmosphere set to the Kraftwerkian precision of synthesizers and percussion.

Hall of Ice is a frosty callback to the band's first album languidly sung by Miss Iceglass herself. The song beings with simple bass and drum machines giving way to the mesmerizing twinkle of xylophones. All of this amidst a romantic song entreats a partner to pirouetting on a pair of skates, celebrating the anthem "lose your digital life", if all but for a moment while engaging an icy interlude face to face.

Gallowdance is perhaps Lebanon Hanover's magnum opus, their most well-known song whose artwork is the de facto logo for the band. It is a bass-driven Memento Mori. A sombre reminder to gather ye roses while ye may, as we all are dancing on the precipice of death, so we might as well dance together. And it is thus that Larissa Iceglass leads us in a defiant reverie, literally dancing with a noose upon her neck in the song's music video.

I Believe You Can Survive (An Elegy for an Introvert) is an unapologetic love song, pure in its adoration, noting the authenticity of a kindred soul engage in their books, yet churning beneath the surface of their wry smile is an unquenchable fire in their heart. And the divine spark of romantic chemistry. This is all expressed through Iceglass deadpan vocal that overlays sparse bass guitar and synths, intermittently scored with stark guitar riffs and percussion that cascade like thunder and lightning throughout, leading to a captivating synth solo.

Tomb For Two, the album's title track continues the romance of the previous track, perhaps written as a Gothic love song, or perhaps a Halloween parody of a Christmas song about cuddling up out of the gloom of frightful weather in a morbid little cave together, like a pair of tiny bats seeking shelter in each other's wings.

Autofocus Has Ruined Quality is a guitar-driven waltz, lamenting how life is more tolerable with a sense of the unknown and the more beautiful with the imperfections of nature; where constant focus drains people from their reverie, eyes eroded of their innate wonder while burning from the unnatural and artificial glow of an LCD screen.

Midnight Creature is a slow and creepy Gothic dirge about loneliness with eerie synths floating throughout, ending with over-the-top dark lyrics about all the loathsome things found in a graveyard, delivered with deadpan pathos by William Maybelline.

The album closes with Invite Me To Your Country, a sombre and pensive outro led by Iceglass wistful vocal echoing over droning keys and shivering guitars, belying the earnest dreaminess of wondering what life would be like if you set sail to be with the one you love who lives upon a distant shore; if hearts beat more true in a land shaded in a more natural hue.